Being brutually honest, I found it difficult to develop pre-conceived notions for a movie like Shirin Farhad Ki Toh Nikal Padi (henceforth, SFKTNP). Let me tell you why:

1) For starters, the movie is being touted as a mid-age romantic comedy and judging by the promos, it seems to be a crazy ride.  I’m expecting a mixed bag of fun and lovey-dovey tracks. YET, these tracks would have to be synonymous with the image of the protagonists, as well as, would have to appeal to the masses. Ideally, there should be some sophisticated sounds in a youth-friendly setting. How does one accomplish this?

2) Reputed Bengali music director Jeet Ganguly is the music director. Do his musical sensibilities match the ones required for a Bollywood movie – that too of a movie which stems from the Bhansali household? Agreed, it would be unfair to compare the siblings (Sanjay Leela Bhansali & Bela Bhansali Sehgal), considering this is her directorial debut, as well as, their individual core cinematic themes  are like chalk and cheese – but it is natural for the audience (including myself) to have expectations, right?

3) This might seem a bit out of place, but one cannot ignore the fact that notable choreographer Farah Khan is making her debut with this movie. Known to have choreographed some of the most iconic Bollywood tracks, would she herself dance to mediocre songs?

Does the music of SFKTNP sizzle? Let us take a look. 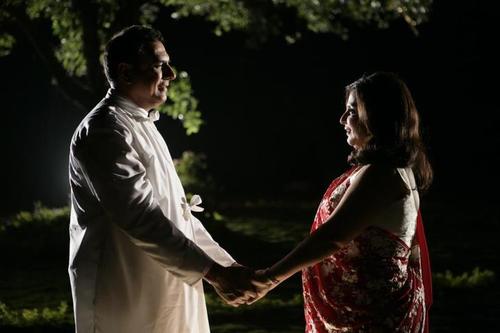 Despite the presence of a title track in the lineup, the album opens up with Ishq Main Tere Bina. Surprising, eh? Frankly, this one is a confused track since Jeet tries to infuse a handful of Indian melodies into a Flamenco setting. In simple words, it is a mediocre run-of-the-mill track. You expect the protagonists to dance around trees to this song; which would’ve been fine if you didn’t have Boman & Farah in the picture. Otherwise, this will be incorporated in the backdrop which makes it absolutely mundane since it conforms to musical stereotypes. On the vocals front, I think I’m suffering from an overdose of Shreya Ghoshal. The woman seems to have her name at the back of almost every album released in 2012. K.K., too, doesn’t sound exceptional.

Personally, the song is a decent hear but it tries really hard – especially for a rain song. Hopefully, the picturization will salvage this isue.

Kaafir Andhere opens up with the interestingly beautiful sounds of the electric and acoustic guitars which, in a way, remind me of Bheegi Bheegi from Gangster. I admit that I am highly biased towards K.K.’s voice.  Powerful, poetic, mystical, haunting – each of these adjectives individually sum up this cracker of a song. K.K. manages to make you do a slow dance with his emotions – he sets the level of intimacy, slowly leading you towards a crescendo and then, BOOM – he displays his anguish and pain by intensely touching your heartstrings. Beautiful to the core!

Now this is the track I was waiting for – Shirin Farhad Ki Toh Nikal Padi a.k.a. the title track. The ever-dependable Neeraj Shridhar is accompanied by Farah Khan, Boman Irani, Daisy Irani, Kurush Deboo and Kavin Dave who form the chorus. Groovy beats, entertaining lyrics and enthusiastic singing are the main reasons to listen to this otherwise situational theme-like track. A fun hear all the way.

Kuku Duku plays next. Initially into the first 2 lines, I did a double-take and checked the album cover since Mohit Chauhan sounded so much like Anu Malik. Yes – I know it’s hard to digest this fact but this track is quite different from the usual stuff that Mohit is known to sing. Before you know it, his nasal twang is back. Forgive me, but I do not understand the point of this song. Basically, a man speaks about a woman he met and started to like but never asked her name or any sort of contact details.

The amazing Usha Uthup sings Rhamba Mein Samba. As soon as the song started, I knew it would be dhamakedaar. Despite having a lackluster tune which evokes a sense of déjà vu, Usha Uthup infuses a fresh breath of life into this song with her swooning voice. Music directors need to exploit her golden voice to the fullest and she should definitely take up more assignments.

Barring Rhamba Mein Samba, the lyrics for the other tracks have been penned by Amitabh Bhattacharya who could’ve done much better since he seems to have gone overboard trying to inculcate a fresh-sounding batch of words. The last track has been written by Faraz Ali from whom I’d like to hear more.

SFKTNP has an interesting music score. You have an amalgamation of a few brilliant tracks and then, you have some tracks which will hopefully resonate beautifully on screen. All-in-all, Jeet Ganguly disappoints with his monochromatic tunes which desperately need a stroke of vivid colors.

We humans are one of the most insecure inhabitants of this planet. Speculating what others think about us is one of the inherent qualities of

If you are familiar with Shruti Haasan, you will definitely be aware that she is a woman of many talents. She wears many hats and

With Storytelling at its core, Secrets for Sale craft an interesting journey of mythology – Score Indie Reviews

Mythological stories are interesting, irrespective of your beliefs and we’ve only heard these stories through hymns or prayers. So its refreshing to hear Secrets for

This is one of those songs where the music video is just as important to the experience, as the actual song. And the video is

Everybody talks about your ‘inner child’ and some might roll their eyes at the mention of it. But instead of the idea of an ‘inner