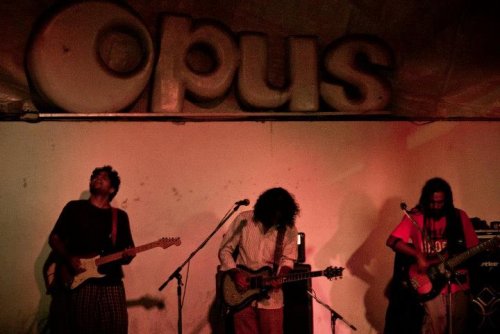 As part of the Motheredland Launch Tour, BLAKC rocked everyone’s socks off with an explosive set in Opus, Bangalore on Friday.

Mumbai based Hard Rock outfit BLAKC have been attracting a lot of attention lately with the release of their second album Motheredland. Showcasing their distinct blend of hard rock with occasional ambient spaces, BLAKC’s Motheredland features 10 songs, some with a social message against the power hungry system we dwell in. 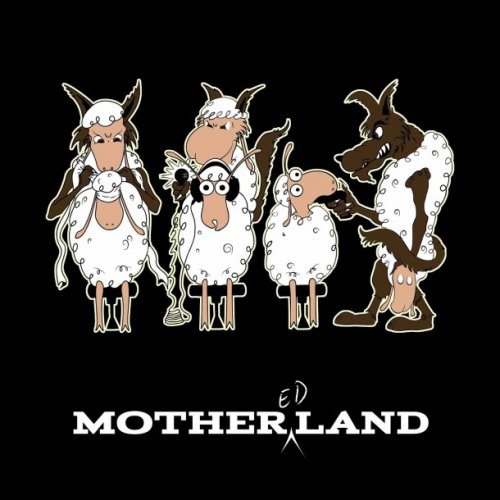 BLAKC claim that they are best heard live. I fully support this claim. Last Friday, the band performed the entire album live in Opus as part of the album launch. The band’s sound is unique, thanks to the wide variety of influences. Primarily hard rock in essence, the band also incorporates elements of alternative rock, grunge and ambient music into their music.

We caught up with the upbeat Roop Thomas in order to find out what’s up in the BLAKC camp. 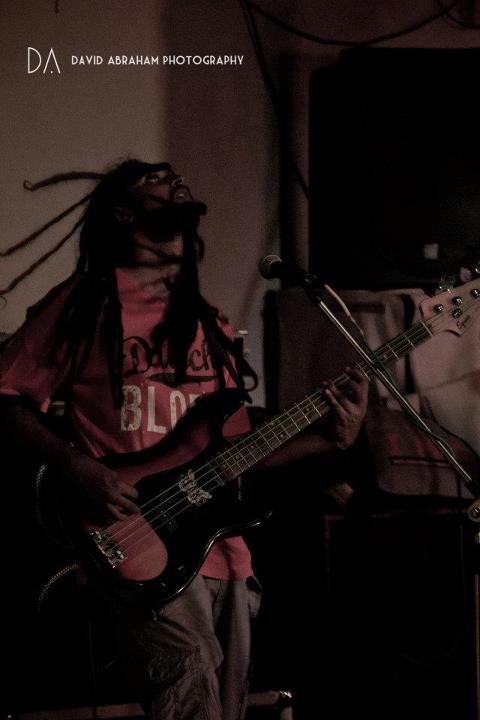 Roop: So the thing is, when we started out playing in Mumbai, back in 2006, we would always play Pearl Jam’s Black in every show. Eventually, we became known as “the band that plays black” or “the black band”. We thought we’ll stick to it, but in order to twist things up a little we decided to name ourselves BLAKC. This is also because there is no way you can get any info about the band if you search for “black” on google, but “blakc”, you get everything you need.

Q: How was the experience of recording Motheredland?

Roop: Things were a lot smoother this time, than the last. The album was recorded in Yashraj Studios and mixed by Shantanu Hudlikar and Keshav Dhar. It was mastered by Chris Athens at Sterling Studios, New York. These guys really know sound and we had a great time working with them. I’m very happy with how the album turned out.

Q: What is your opinion on how the internet affects the Music Industry?

Roop: We, at BLAKC, believe that music should be available for everyone. We fully support the idea of using social media to get our music heard.  Face it, the Internet is here to stay. It is definitely useful to get a wider reach and connect with your fans.

Q: The video of “Untitled” was quite chic. How did that work out?

Roop: Ah, well the video was thought out by the talented filmmaker/bassist of Scribe – Vas. It was produced by Enter Guerrilla films in Mumbai with a pretty modest budget. Considering out limitations, Vas did a fabulous job with the video.

Q: Do you guys have day jobs?

Roop: All of us have day jobs. Its pretty hard juggling a band with your daily life. Besides, we don’t even have a band manager. Anish has been managing us since the time we started and he’s been doing a great job. We also have not approached any bigwigs for the release of our album. By self-releasing it, we want to get rich our way. We’re happy with the struggle, because we have a story to tell. We would really call ourselves a “Self Made Band”

The band opened the show with one of their earlier compositions titled Soul, a mellow song, quite different from the material on Motheredland. The band immediately showed the audience that they mean business. The sound was quite tight when they performed. Following this with some minimal guitar doodling, the band moved on to The Dreamcast.   The uplifting song is featured in Motheredland and the live performance was note-to-note. Reinhardt’s guitar lines and Anish’s blistering solo really topped the song. 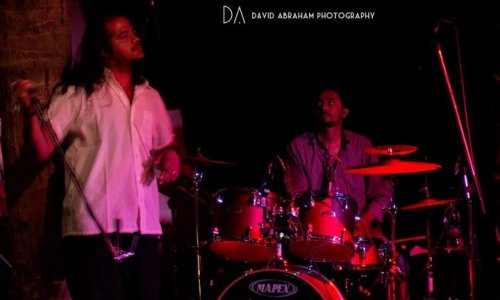 Next up was one of BLAKC’s more politically oriented songs, The Agenda. By now, it was clear that Shawn can definitely sing. His modulations and shifts were precise and he sounded quite on-the-beat. Although there were a few microphone issues, nothing was major enough to cause a disruption.

The band went on to play more stuff from their latest album. Peddler of Rainbows was a soft song with a nice clean guitar sound. Reinhardt’s solo was brilliant but wasn’t entirely audible, thanks to a few technical misunderstandings.  The band’s angst was however quite evident towards the end of the song. After three attempts, the band moved on to Blacklisted with its catchy intro riff and guitar doodling. The drumming on this song was exceptional and Shishir got his fair share of applause. Almost every song the band played had at least two guitar solos. 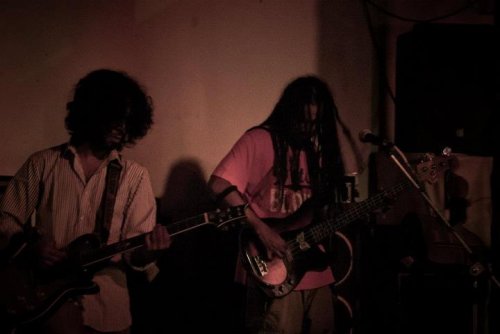 My Angry Song came next. The spread-out fingerpicking guitar lines were immediately countered with a hard-hitting riff. Featuring extended guitar solos and a myriad of riffs, this song was their most progressive. Following repeated rejections of the crowd request for Highway to Hell, the band went on to play Untitled. The song saw the release of a music video and it was evident that the crowd could relate to this song, although not as much as Shawn would have hoped. 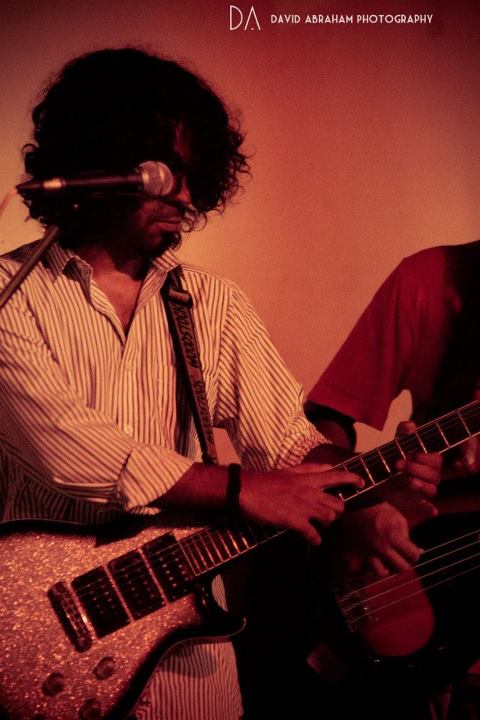 Reinhardt Dias tapping it up

With Roop and Shawn juggling vocals, the song was generally smooth and in-tune with the recorded version. Although the band is very tight, I would certainly hope for more live improvisation, instead of playing their songs note-to-note. The next song, Storm, began with some special effects shenanigans by Shawn. It even included a solo by Shawn wherein the ending of the song was dominated by electronic sounds

Paper Doll and Porcelain followed suite. Shawn’s screaming vocals were executed brilliantly along with his FX meddling. The band was really tight in these songs. Roop’s basslines were awesome and his energy livened up the stage.

The band also played Black by Pearl jam. Having played this since their inception, the band ran through the song easily and with no hitches. From the looks of it, the band seemed to have enjoyed playing in Opus, however it felt like they were expecting some more involvement from the crowd. On the whole, the band was very tight and gave a great show.

The band also offered the Box set of their latest album for sale. The “Motheredland” box set contains the Motheredland CD, poster, t-shirt and stickers. You can get it here.

Check out BLAKC’s bandcamp site for more info and to check out some of their tunes : http://blakc.bandcamp.com