Seasoned but not weathered, Delhi’s Hard Rock band Heavens Down have released their debut EP – “Rock Will Never Die“

It would not be an understatement to say that New Delhi’s classic rock band Heavens Down are among the modern flag bearers of classic rock in India. So it’s definitely good news when the flag bearers are releasing a no-compromise hard rock EP called “Rock Will Never Die“. 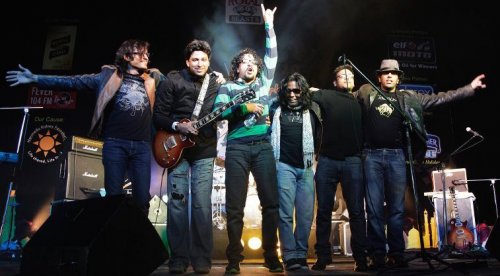 Heavens Down is the result of a long process of evolution. In fact, the band originally started playing under the name Ashtroreth way back in 1998. A hard rock sensation back then, Ashtroreth performed all across the country, headlining campus festivals and even playing at three editions of the Great Indian Rock Festival. All this hard rock ass-kickery was spearheaded by veteran guitarist Manjit Joseph. 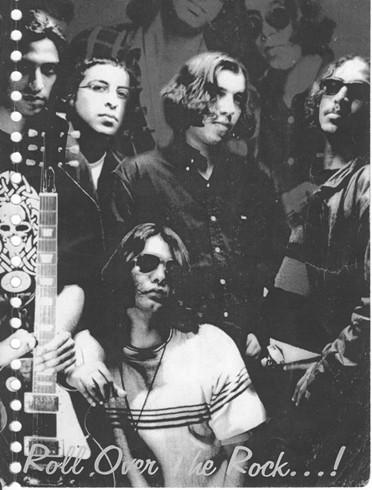 By 2003, Ashtroreth reinvented themselves as the experimental band Night Train. Dedicated to the sole purpose of rocking out, Manjit Joseph moved on when Night Train eventually split and went to on to form Heavens Down with fellow guitarist Sumit Sharma and drummer Sudarshan Chetlur.

Heavens Down is comprised of six of Delhi’s finest musicians who, in their own words, are seasoned, not weathered. Apart from Manjit (Guitars/Vocals), Sumit (Guitars) and Sudarshan (Drums), Heavens Down also boasts of Malanthow Pamel (Vocals), Pranav Gawri (Bass) and Leo (Keyboards).

In their own words – “In the chaotic world of rock ‘n’ roll, where the life span of most bands can be measured in terms of a few years or months, Heavens Down (formerly Ashtroreth) has emerged as one of India’s most enduring and respected bands, delivering hard hitting and personally charged music from over a decade,”

Sticking true to their mission, Heavens Down recently released their debut EP – “Rock Will Never Die”. Talk about being passionate. The album art looks stunning and represents all the hard rock sensibilities that the band stands for. The EP will feature five songs and showcase the band’s true blend of hard driving classic rock sound (think of Dio, Ozzy, Skynyrd and Leppard). Here’s the announced track list:

The band are also working on a full length album and the EP will serve as the prelude to the album. Totally kvlt!. Check out the sampler right here: