Former Porcupine Tree frontman Steven Wilson has explored new sonic landscapes throughout his career, especially since he embarked on his solo project. His latest solo album “The Future Bites” is out now via Caroline International and that’s what we are reviewing here.

Though he has previously called the 80s a “bad decade for music”, he probably loves the decade in general. Just listen to “12 Things I Forgot” as he croons ​‘I just sit in the corner complaining….Making out things were best in the 80s.”

Well if you want to make a solid pop album, the 80s were a great time to get inspired by. “The Future Bites” is a pop record after all. Well, there are definitely more elements to it than just pop but that’s the essence of this stop of Steven Wilson’s musical journey.

Fans of the prog rock/metal days of Porcupine Tree might be a little surprised by the poppy elements of the music. Gone are the crunchy riffs and soaring leads. In their stead, you will find..well a lot of electronica.

If you were looking for Steven Wilson to just do another Porcupine Tree album in the guise of his solo effort, you would be disappointed. However, it wouldn’t make sense for Steven Wilson to embark on a solo musical journey while still clinging on to the musical styles of the band he dissolved more than a decade ago. Sometimes, the only way to explore new avenues is to walk away from the beaten old path.

On “The Future Bites”, Steven Wilson has worked with famed electronica and dance music producer David Kosten. He had made this announcement prior to work on the album began. That was a very useful hint at the direction that the album was going to take.

If there is one thing that Steven Wilson hasn’t done very much in his career, is repeat himself. His music catalogue spans genres such as psychedelia, space rock, trip-hop, jazz fusion, progressive rock, progressive metal, pop, ambient, art rock, alternative rock, pop rock, drone music and trance. Steven Wilson is very similar to his cultural hero Stanley Kubrick as he preferred each piece of his work to be different from anything else he has produced as well.

However, every song on the album is a journey by itself. It’s all over the place but in the best possible way. Another great play in contrast, is the depressing lyrical theme of “12 Things I Forgot” juxtaposed over a very happy tune. This strange combination somehow manages to work very well in the end.

With “The Future Bites”, Steven Wilson has regaled all listeners with a brand new musical language. The recording and production are top notch as usual. What is starkly different, is the simplistic and direct musical structure and delivery. The usual musical virtuosity associated with the “prog” universe is absent.

However, what is progressive music anyway? If you play similarly complicated music with odd time signatures, weird tempo changes, complex chord progressions and virtuosic displays in every single album, where exactly are you “progressing” to? You can’t really be “progressive” if you follow a hard set of rules that paint your music in a complicated corner. Yes, “The Future Bites” is not a progressive rock album, it definitely is a progressive album. Quite simply because it marks a progression in Steven Wilson’s musical journey, the next step, to infinity and beyond. 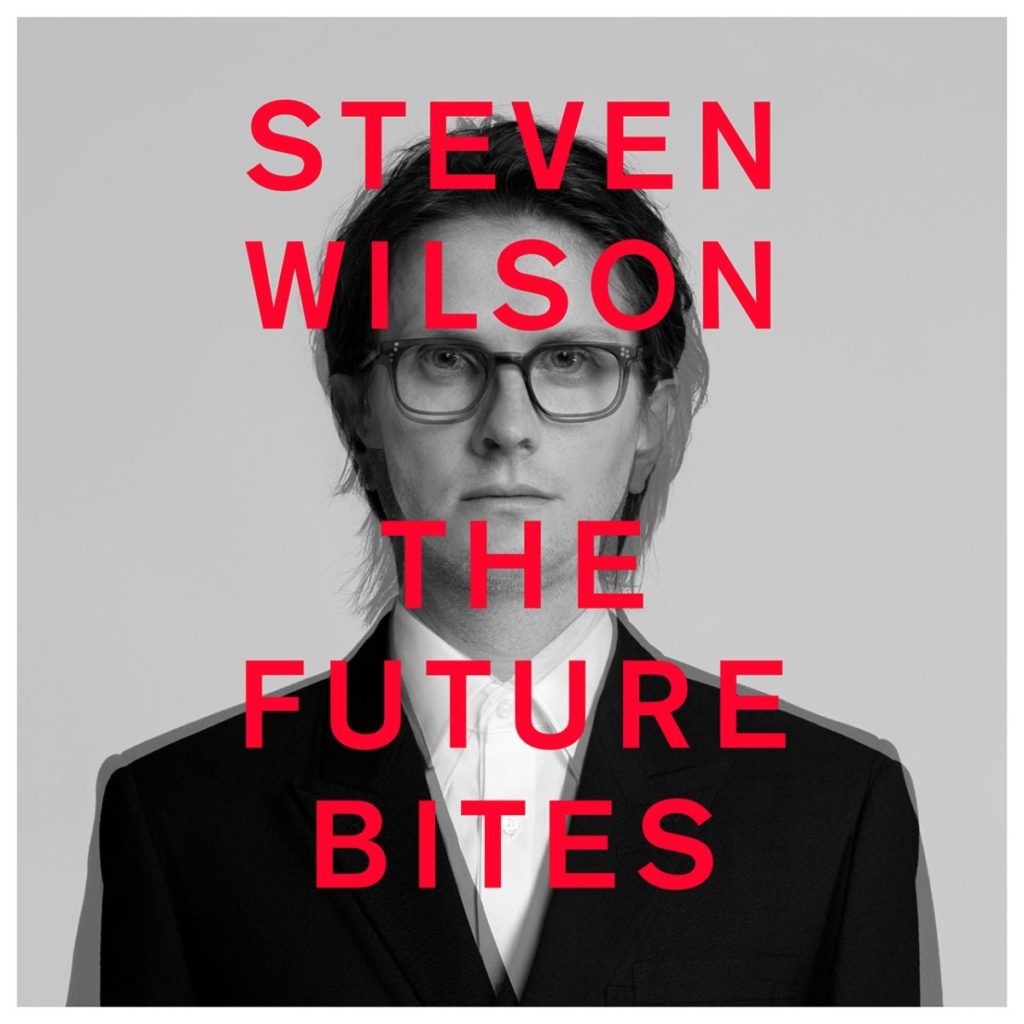