In conversation with Bhutan based Alternative Post Progressive Indie Rock / Folk band, The Baby Bloomrs who spoke to us about their upcoming India tour for the New Wave Asia Festival 2017, their journey as a band, what to expect at their India concert and more. 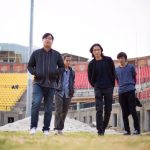 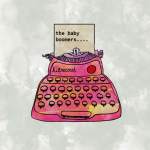 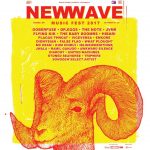 Tell us a brief about your band and the journey so far.

The band started seven years ago, as a band covering songs from the baby boomer generation. It first started of with the band members Dawa Drakpa(lead guitarist) and Ugay Tsheri (vocals) and the following yearsthey recruited drummer Sajan sherpa, bassist Darpan Tamang and rhythm guitarist Mipham Dorji. The band has performed in local pubs and festivals in Bhutan ever since. Inspired by what we saw at the Orange festival, it seemed vital to start creating our own original music and thus the creation of our recent EP.

What’s on your set list for the India gig?

We will be playing all of our songs from our EP,including a number of covers we really enjoy playing and know the crowds will enjoy.

What do you think about the Indian music scene?

We played at Orangefest in Arunachal Pradesh. We had no idea as to what to expect from the Indian scene, but honestly we were pretty blown away watching the live performances, from the amazing technicality of math rock from the band sky level to Indie progressive rock from Yesterdrive, those being just a few all the bands were so much more advanced then we ever expected, and it was just pleasure to watch and enjoy such talent and creativity. We also sensed that everybody had a common goal, a common goal to create music that was real,raw and authentic, not being a victim of the mainstream.

Is there any musician/ band you would like to collaborate with in India?

In terms of collaborating we would love to create music with anyone who is willing to do so us, it would be honor and a pleasure.

Anything exciting planned for your concert in India?

What we regretted at the orange fest was not playing a set list that was our own. This time around we will be presenting our full original EP to an Indian audience for the very first time and we feel thrilled to do so!!

What would you like to say to people in India?

Check out their music video: http://bit.ly/2ybe034

New Wave Asia 2017: In conversation with The Note from Bangkok! International

What you need to know about Lemonade festival 2019

As the sun sets on this decade, the azure waters and golden sands of Goa GO→

All you need to know about Xpressions festival, XIMB

Xpressions, the annual fest of XIMB, is scheduled to take place from 8th to 10th GO→

There is nothing in the world quite like watching Jacob Collier live.  This multi-Grammy-winning wunderkind GO→