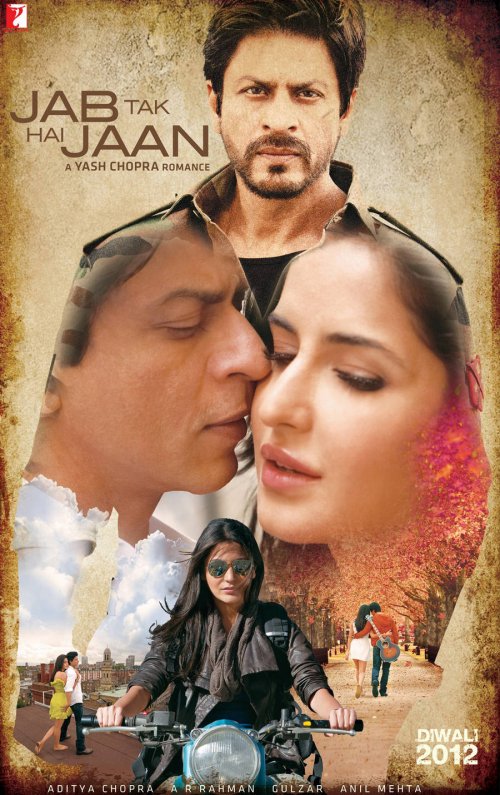 We present to you the exclusive music review of Yash Chopra’s Jab Tak Hai Jaan.

The biggest album of the decade is finally out! I say this with enough justifications:

1) Jab Tak Hai Jaan (JTHJ) marks the end of an era since Mr. Yash Chopra has announced his retirement with this film. Yes, that is sadly true. No more landmark movies like Silsila, Kabhi Kabhi, Dil To Pagal Hai etc. from this genius ever again.

2) JTHJ brings together the lethal combination of Yash Chopra, A.R. Rahman & Gulzar for the first and last time ever. In a career spanning over decades, it is remarkable that these geniuses haven’t collaborated together ever in the past.

3) The first track released from JTHJ – ‘Challa’ has taken the nation by storm and the release of this album is the musical equivalent of the launch of the iPhone 5. People are DYING to hear Rahman’s melodies – and finally you can hear them now.

The anticipation is killing me so let us take a look at the tracks!

The album opens with the lover’s chant of Challa. Since the single came out a while ago, I’ve already spoken about it HERE. For those who missed my post, remember the addictive guitar interlude in the first tiny preview of JTHJ? Challa is basically an extension of that.

Isn’t that poetic? ‘Challa ki labda phiren’ means ‘What is the lover searching for?’ The track has been sung by Rabbi Shergill (of Bulla Ki Jaana fame). Initially, he did come across as a questionable playback choice for Shah Rukh Khan but the skepticism faded since I realized that only someone of the likes of Rabbi, Kailash Kher or Mr. Rahman himself would do this song complete justice. Challa NEEDS the voice of a Sufi singer with Punjabi undertones and Rabbi rises to the occasion. Though, I hope to hear a rendition of Challa by A.R. Rahman himself someday. Great start to the album!

A Yash Chopra movie is incomplete without an out-and-out romantic track. In this case, Saans fits the bill perfectly. Rahman does what he is best at – fantastic orchestration! Opening up with the scintillating sounds of various instruments from the violin family, Shreya Ghoshal croons her lines like a nightingale. I’ve always maintained that Shreya is the modern-day Lata Mangeshkar and this track reaffirms the same. Shreya clearly has gone out of her way and her voice exudes passion. 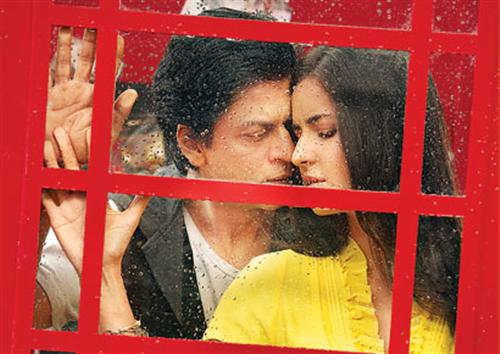 What did leave me a bit confused was Mohit Chauhan’s voice along with her. Mohit doing playback for SRK is wrong on oh-so-many levels. As a standalone singer, Mohit is good as usual but I can’t stop questioning his inclusion. Keeping ONLY the song in mind, I feel the perfect choice of singers for this track would have been the eternal Jodi of Udit Narayan & Alka Yagnik. Anyway, a huge round of applause to Shreya for her rendition of Saans.

A Reprise version i.e. a much-sadder solo by Shreya Ghoshal is heard too. Stunning would be an understatement. Is Rahman trying to deliver this decade’s ‘Kehna Hi Kya’? If that is the intention, I think he has achieved it. 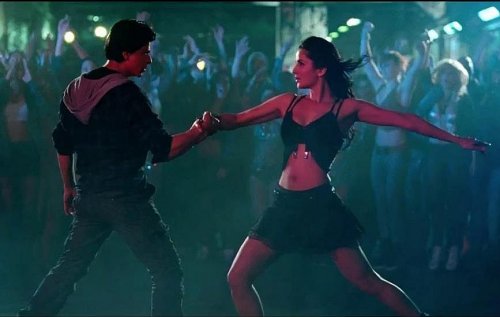 The much-spoken about club song Ishq Shava plays out next. Barring the singers, this track did nothing for me. What is so club-worthy about this? Maybe the picturization will prove me wrong but overall, this is the weakest track of the lot. Out of all the singers till now, Raghav Mathur sounds the most like SRK whereas the new-age chhupi rustam Shilpa Rao sings for Katrina. I call her chhupi rustam because I genuinely believe she is one of the most versatile modern-day singers thanks to her husky voice. Anyway, Ishq Shava left me majorly disappointed.

The katiya karoon girl Harshdeep Kaur is heard in Heer. At the onset itself, you know this song is a gem.

Roughly translated in English, this means:

“Don’t call me Heer, my friends, I have become Sahiba,
Bring your horse and take me away, It is my hope that Mirza comes and takes me away.” 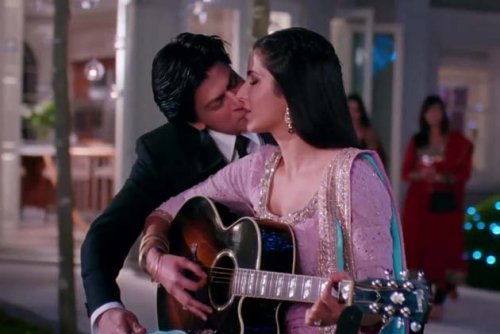 Vaguely drawing references from the famous ill-fated love story of Mirza-Sahiba (which you can read HERE), you can’t help but wonder what the plot of JTHJ is. Harshdeep’s singing evoked pathos and ended up highlighting the interspersed traces of lament in her voice. The song is so simple yet rides high on melody – once again, what Rahman is known for.

After the intense tracks, the chilled out Jiya Re is heard. Sung by Neeti Mohan (of Aasma fame), this one is obviously filmed on Anushka Sharma.  Is it just me or are the beats of the chorus an exact copy of Michael Jackson’s Who Is it? Barring this “co-incidence”, this track seems a bit out of place. It bears a vague resemblance to Anushka’s introductory track, Jazba from Ladies v/s Ricky Bahl. But, Jiya Re grows on you. Neeti’s voice is fresh and complements the track beautifully. Overall, it is an interesting hear! 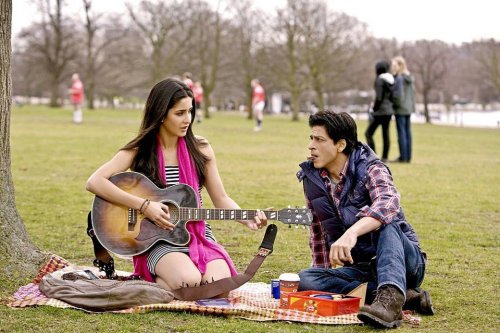 Surprisingly, the title track Jab Tak Hai Jaan is heard towards the end.Rahman fanatics, please understand what I’m about to say, lest my inbox is filled with hate mail. The best part of this track (which also happens to be the worst) is that the familiar Rahman magic exists – just not at the surface. Sung by Javed Ali & Shakthishree Gopalan, the title track comes across as a confused amalgamation of multiple individual tracks. Starting off with the Javed Ali’s passionate portions, it moves onto hardcore Indian beats – once again with lines sung by Javed. Shakti’s heavy-duty voice comes into the picture & steers the graph of the track to another peak and then both of them sing together. Funnily, what I’ve just described sounds like any other song but you have to hear this to understand what I am talking about. Personally, I love it. Is this the much talked about Switzerland track?

The instrumental Ishq Dance is a trippy dance-worthy track. I would’ve expected Ishq Shava to have similar beats. Is it as good as The Dance Of Envy from Dil To Pagal Hai, Dancing Jodi from Rab Ne Bana Di Jodi or even Raga Dance from Taal? Maybe, maybe not. I enjoyed hearing it and I look forward to its picturization.

The album comes to an end with the now-famous poetry penned by Aditya Chopra i.e Jab Tak Hai Jaan – The Poem. Recited by Shahrukh Khan to the music of A.R. Rahman, the lyrical beauty of this poem stunned me The first official theatrical trailer of JTHJ used this track in its entirety. Being the last song of the last album of Yash ji’s last movie, this poem brings his applause-worth cinematic legacy to a befitting end. 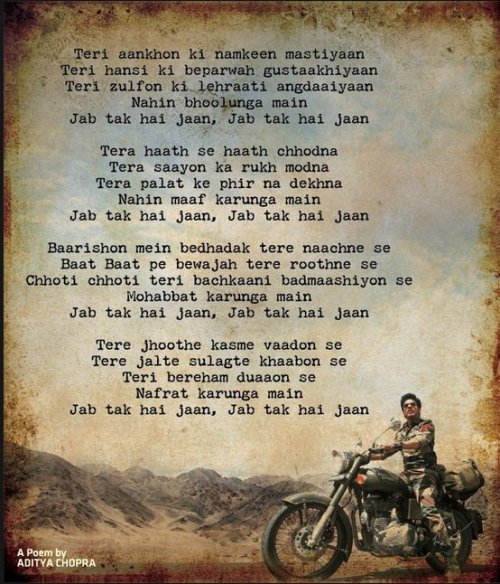 I have to admit that the OST of Jab Tak Hai Jaan has left me with mixed feelings. The lack of Lata Mangeshkar’s name on the album is a huge bummer. I would’ve LOVED to hear Saans in her voice. The makers should have recorded it and added it as a bonus track. Yet, combined with the genius that is Yash Chopra, A.R. Rahman has indeed delivered a different album. The songs grow on you at their own leisure and leave a melodious impact on you. Gulzar’s poetic lyrics escalate the album to another high altogether. Is this Rahman’s best album till date? No. Is this experimentation at its best? In a way, yes. The only major requirement to hear this album is an open mind. This album HAS to be in your collection. 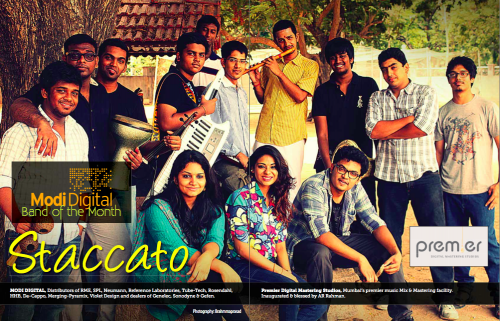 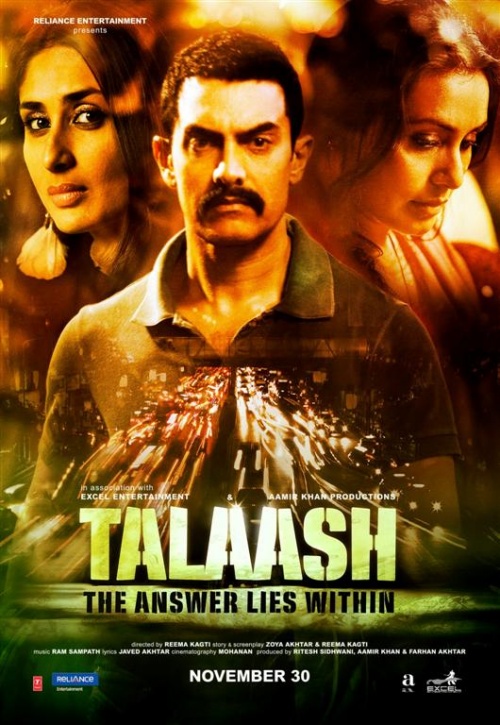 India is a land where talents are born and raised. Paths of flourishing in a GO→

In conversation with Shashaa Tirupati