Horror Soundtracks You Should Not Miss 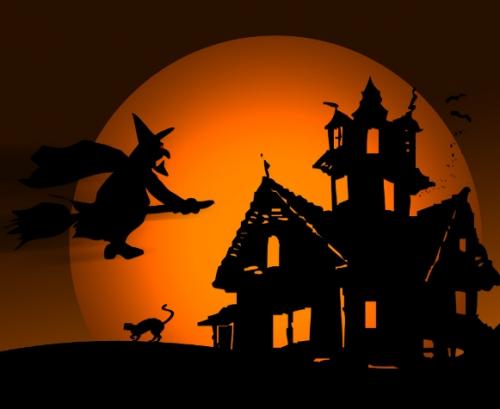 Halloween is on the 31st of October. Even though it seems (maybe) as irrelevant to you as an anorak in Chennai, it has given yours dubiously inspiration for this particular column.

HORROR FILMS! Yes, this is a music portal and we’re taking about the importance of a horror film’s score and its soundtrack in making it what it has to be, first and foremost – scary.  Half the intended effect(sometimes even more) comes from the music. If your heart doesn’t skip a beat every time you hear the duh-dum duh-dum dum-dum-dum-dum-duh-dum Jaws theme gather tempo, then you are the tiger-blooded Charlie Sheen. Throw away this computer and go snort some coke from a hooker’s bumcrack.

I will do the obvious – a top-five list of the finest horror movie soundtracks and then, if you still feel like you don’t want to set fire to me, you can read the last section as well. 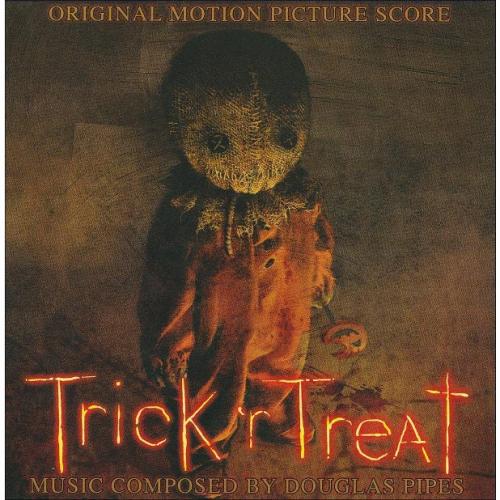 You probably haven’t seen it because it did not get a theatrical release. But that has only served to make it a cult film after it came out on DVD. WATCH IT! This is composer Douglas Pipes’ only second proper film score, and he’s brought back the mammoth grand orchestral sound that characterises classic horror films like The Omen, Poltergeist, Bride of Frankestein, The Exorcist, etc.

The famous Halloween rhyme, ‘Trick or Treat, smell my feet/ Give me something good to eat’ is used repetitively, to great effect (like ‘1, 2, Freddie’s coming for you’ from ‘A Nightmare on Elm Street’). Pipes stays away from excessive electro-trickery, primarily relying on violins, pianos, a massive brass section (‘Pumpkin Shooter-Meet Sam’) and a choir, even the xylophone in ‘The Neighbourhood’ to induce horror-y feelings in the listeners.

The twinkling notes of the piano in the opening bars of ‘The Halloween Schoolbus Massacre’ is so achingly beautiful that you feel you should have rescued the mentally disabled kids who’d been left to die… before I spoil it any more for you, watch the film and download the bloody soundtrack. 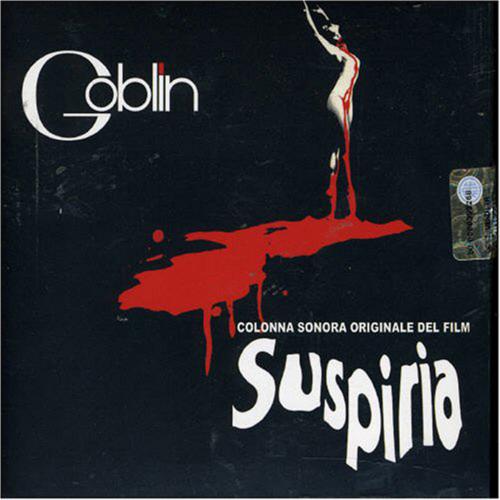 An aspiring ballerina from America enrolls in a venerated dance academy in Freiburg, Germany, which is actually a benign and un-murderous front for an ancient coven of witches. The second half Dario Argento’s MENTAL movie involves these witch-ladies going batshit while our darling heroine tries not to lose control of her bowels and her breathing.

The score, composed by the prog-rock Italianos Goblin with Dario Argento, is like the burst of redly red on screen – totally and utterly riotous. Screechy electric guitars bay for your blood, the drumming alternates between metronome-steady and wasps-in-your-undies mad, and the synths are appropriately devious and dark.

And there are screams. A whole lot of them. These Italians are crazy. Sample ‘Witch’, ‘Blind Concert’, ‘Black Forest’ and ‘Suspiria’, in that order for proper effect. Then pee your pants and run to mummy. (Goblin’s soundtrack to 1978’s Dawn of the Dead is equally brilliant.) 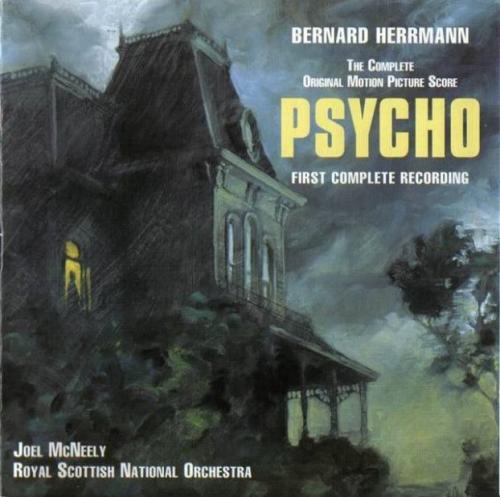 
The music accompanying the scene is among the most instantly recognisable and scariest pieces ever recorded. Thing is though, if Hitchcock had had his way and composer Bernard Hermann been a subservient wimp, there would have been no music at all for that particular scene. Hitchcock had clearly instructed him: “Please write nothing for the murder in the shower.That must be without music.”

But it took him one listen to Hermann’s sample track for the scene and he changed his mind. All the music used in the film was performed by a string orchestra, and Hermann hadn’t used any fancy effects – the shower scene music was created with savage slashes on violins, with microphones almost shoved into the instruments.

The rest of the soundtrack is also really intense, brooding, and sometimes pretty. Check out ‘Temptation’, ‘The Rainstorm’, ‘The Shadow’, ‘Discovery‘, if you are too busy knitting and can’t listen to the whole thing. 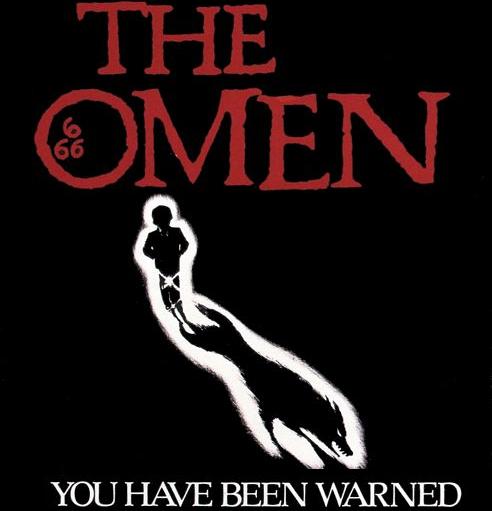 If you are alone with the light in the room gradually dying out, are under the influence of a certain herb (or not), and this soundtrack starts playing from start to finish, you will have a seizure, and it will be caused by temporal lobe epilepsy.

Jerry Goldsmith won an Oscar for this soundtrack, which takes turns at being rumbly and menacing, even calm at times, and being jarringly and earsplittingly loud and dissonant at others. Black Sabbath and Machine Head have used ‘Ave Satani’ as the intro to some of their concerts – the track has the recurring portentous Latin chant of Sanquis bibimus, Corpus edimus/Prode corpus Satani/Ave, Ave Versus Christus/Ave, Ave Satani (We drink blood/We eat flesh/Bring forth Satan’s body/Hail Antichrist). ‘Killer’s Storm’, ‘The Demise of Mrs. Baylock’ and ‘The Altar’ are the other standouts.

Yes. He’s pleased to meet you, and hopes you can guess his name. 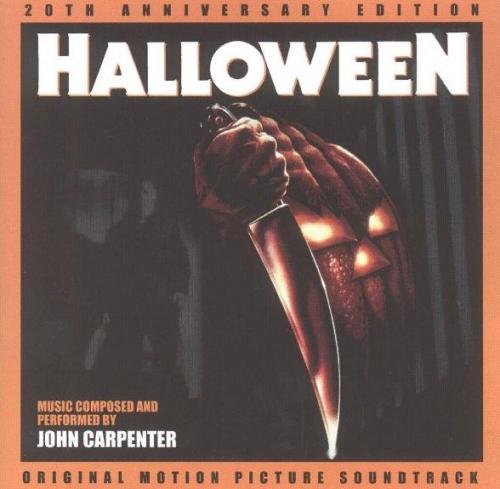 It might not be the most musically accomplished soundtrack and score to feature on this list, but here’s the thing: it doesn’t need to be. The moment you hear those unmistakeable notes banged out from a keyboard, you know that Michael Myers is standing right behind you and he thinks you are but an inconvenience to him.


John Carpenter composed the music himself and it is quite minimalist and Spartan, yet fantastically effective. Novelist Jonathan Lethem notes that “What’s most striking about his scoring style is how completely effective it is – somatically, viscerally involving, memorable, and not in any sense ‘intrusive.’”

Now that we’ve gotten that out of the way, I can riff a bit on what has been doing dances in my head. Recently, most horror film music has been quite hackneyed and useless (except, of course ‘Trick R Treat’). Wanton screeching, crashing cymbals/trashcan covers, and utterly irrelevant rock songs are the standard-issue soundtrack elements. This is surprising – there are enough musicians around across different genres to keep things interesting.

Queens of the Stone Age have several songs which could fit into a spooky film or two (Think ‘Burn the Witch’, ‘Someone’s in the Wolf’, ‘Better Living Through Chemistry’, etc.). Danger Mouse is, methinks, more than capable of pulling something like this off. His ‘Rome’ album, made in collaboration with Daniele Luppi, is a thing of strange beauty.

Radiohead’s Jonny Greenwood is no stranger to composing movie scores – he’s already done scores for Bodysong, There Will Be Blood and Norwegian Wood. Trent Reznor (had no choice here), stoner rock bands like Electric Wizard and The Melvins, dark house producers like ElectroMass, Culprate, Johan Ess, digipunk enfants terrible Crystal Castles, dubstep duo Demdike Stare all come to mind. A lot of the music of much older bands like The Cocteau Twins could be used for film scores. 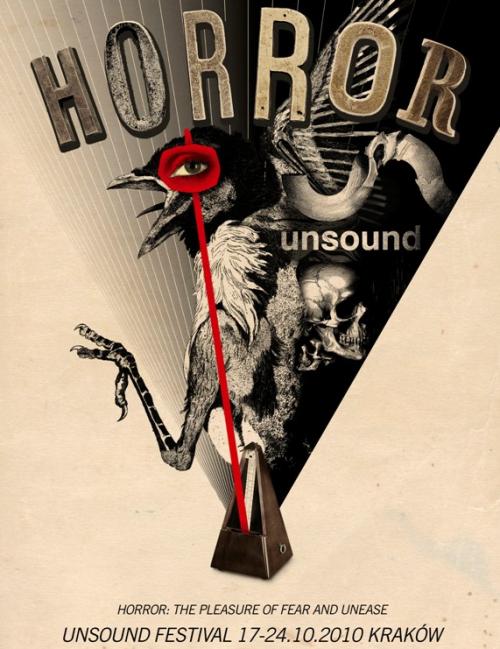 In fact, the theme for 2010’s Unsound Festival held at Krakow, Poland was ‘Horror: The Pleasure of Fear and Unease’. The music on offer varied hugely, ranging from drone sessions, shoegazing,  dubstep, noise rock, black/jazz metal, etc. So, someone, somewhere, is making killer horror-soundtrack type songs.

Raunaq Sahu chills in a dungeon down the road on most days. He splits his time well between conjuring up scare strategies, composing the soundtrack to his life & growing his third ear, with a guest appearance on our site, every now and then. Catch him in all his gory glory at Score’s Halloween celebrations (that you still know NOTHING about) or settle for the virtual facade.