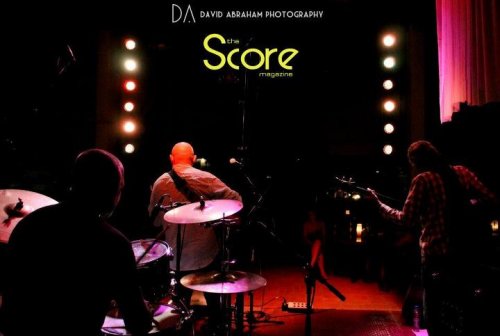 Although there are a lot of fusion outfits today in India, very few actually deliver in terms of meaningful fusion music. One such act is the Auroville-based jazz fusion/acoustic rock band Emergence. Formed over five years ago, Emergence comprises of four talented and unique musicians, each one a master of his trade.  The band performed their signature Carnatic-classical tinged jazz fusion compositions in Counter Culture on June 30th.

Founded by Krishna McKenzie (Guitars/Vocals), Emergence consists of Mishko M’ba (Bass), Suresh Bascara (Drums) & Karthick Srinivasan (Violin/Vocals). The band’s style can be best described as a fusion of rock, jazz, folk and Carnatic classical music. Krishna strums his acoustic guitar as he sings, mostly in English but occasionally in Tamil. Karthick’s classical training is evident in the way he wields his electric violin. Karthick also joins Krishna in vocals, by taking over the Tamil lyrics. They are backed by the explosive bass playing of Mishko and the clock-work like drumming of Suresh.

We met up with the band’s bassist Mishko M’ba, for a brief chat before he ran to the stage to catch up with his bandmates. 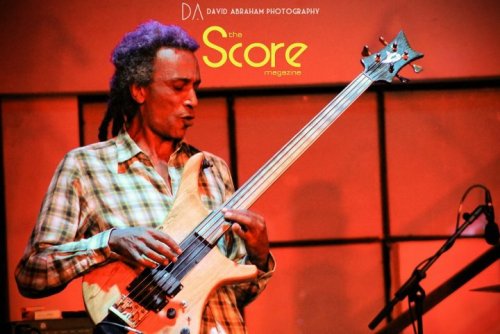 Q: So How did Emergence emerge?

Mishko: Well, Emergence began close to five years ago in Solitude Farm. Krishna started it after living in Auroville for a long time. I used to give Krishna some music lessons while he gave me some English lessons. Our first composition was actually called Emergence, that’s how we got the name. The band has been through several line-ups before stabilizing into the current line-up.

Q: How do you describe your music?

Mishko: Personally, I would call it Indo-Pop Acoustic. All of us have different musical backgrounds and we add all these influences whenever we play. Karthick is really into Carnatic classical while I personally enjoy a lot of jazz and rock.

Q: What exactly is Solitude Farm?

Mishko: Solitude Farm is an independent community that Krishna started in Auroville. We practice an ecologically sustainable alternative lifestyle. I don’t know if you know about the whole Monsanto incident, but that was really bad. Since we are all passionate about food and farming, we decided that the only solution is to take matters into our own hands. We have our own restaurant and organic farm, where we grow our own foods without any pesticides. The focus is on living a healthy lifestyle closer to nature

Q: How has playing in India been to you?

Mishko: India is a very special place for me. What I really like about India is that the audience respects all genres of music. They are very receptive and warm. We have played all over India, in Chennai, Pondicherry, Mumbai and Bangalore, and we’ve always had a great time.

Q: What is the future of music in India?

Mishko: In India, I think the future of music is very bright. The youth are trying all forms of music and coming up with some very interesting music. India also has a very rich musical heritage. Thus the fusion scene is also picking up rapidly. I think the music scene in India is very vibrant. Very promising. 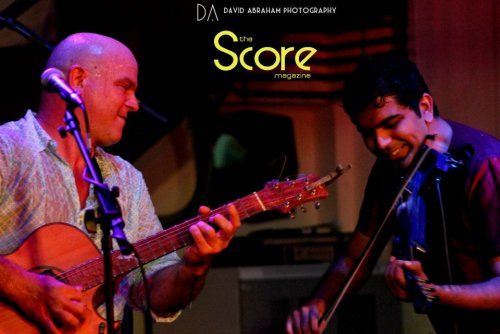 The band got on stage around 21:30 and immediately started off with an upbeat mood. From the moment the band went on stage, it was clear as to why Emergence was one of India’s most respected jazz-fusion bands. The band performed as one cohesive unit, with very little leaks and breaks. Krishna’s guitar sounded crisp and his vocals were spot on. The first song had Karthick performing a violin solo that was very Carnatic in essence. It also featured an explosive bass solo by Mishko. 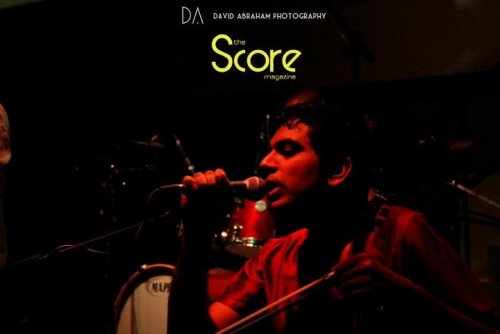 Karthick took over vocals after the first song and sang a delightful Tamil song. Even though the band consisted of two foreigners, they didn’t at all seem foreign to the idea of playing a folk song, especially in Tamil. Krishna’s chords were vibing to the local beat, before switching into one of their professional jazz shifts. Mishko’s skills on the fretless bass laid the foundation for Karthick’s energetic violin solo as well as Krishna’s bluesy guitar solo.

Next up was a soulful, emotive love song called Kadhale, sung in surprisingly fluent Tamil by Krishna himself. Featuring a smooth dynamic bassline, Kadhale also had Karthick playing an optimistic, feel-good violin solo. Quite a bit of the lyrical content of Emergence’s songs (at least the ones I could understand) related to love, nature and Indian philosophy. 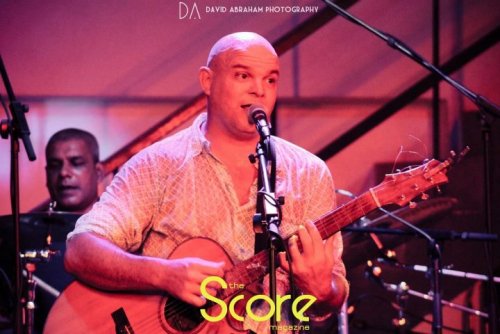 Being so passionate about food, Krishna reminded everyone after each song how important food is to everyone and urged everyone to live a sustainable lifestyle. “A society without food is a society without culture” said Krishna before moving on to an introspective song which was about philosophical questioning. This song (I think it was called Philosohpical Meander) was particularly powerful and had one amazing bass solo.

Krishna was as much an entertainer as he was a performer. Talking to the audience in Tamil, in the same tone and accent mind you, Krishna made sure everyone was having a good time. He moved on to a gypsy-ish, cheerful Tamil song which showcased a sweet drum solo by Suresh. The band also shifted to their signature jazzy style but made sure to keep the folk vibe alive. The audience definitely seemed to enjoy it. 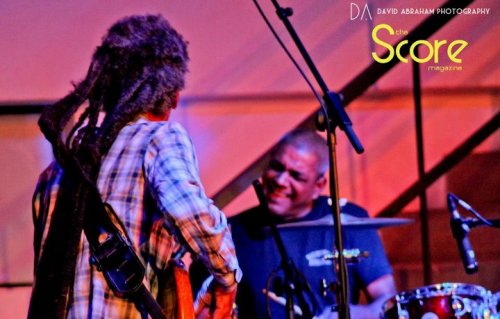 Ta Ka Di Mi, very obviously influenced by Karthick’s presence in the band, is a soulful fusion song. Through this song, one can get an idea of the various and diverse forces that synergise in order to create the music of Emergence. Starting with a heartfelt violin solo, the song progresses onto a bluesy chorus featuring some scatting by MacKenzie, not to forget the jazz-soaked bass solo and the blisteringly fast violin solo. The syncopated rhythms and the vocal modulations in this song were truly worth noting.

The band played for over an hour and was an engaging listen. Other songs of note include the beautiful Love of My Life and the unique Bad Man. Love of My Life (Krishna maintains that he has no idea who the love was for) was one of their most mature compositions featuring some pristine arpeggios on the guitar and some tasteful pizzicato fill-ins on the violin. Bad Man was another dynamic song, introduced as an Indo-Bossa Funk song. A very innovative composition, you immediately feel like you’re listening to a Latin Jazz CD. The breaks on the song were blissful, not to mention the sweet guitar solo. 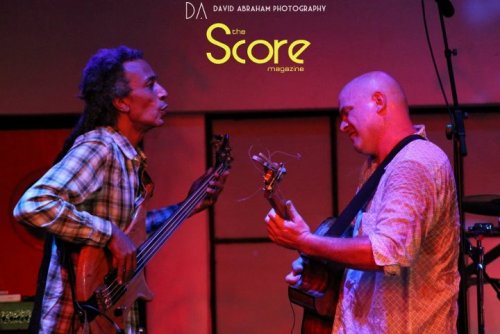 Although Emergence continued to play on for some more time, I had to sadly leave. Considering how renowned this band is, with virtuosos for band members, I had high expectations while I was entering the venue. From the tone of my review, I think it goes without saying that I was anything but disappointed by their performance. The dynamic concert was a nice welcome break from the regular ‘rock show’. If anything, I was quite satisfied.