The age old Yin Yang in drums is that of groove versus chops. Here I’m addressing the latter, since it’s what most drummers obsess over when starting out. It’s not about blazing fast movements, or about making as many cymbal crashes as possible. In order to develop the tools for self-expression through improvisation, here are a couple of methods for beginner and intermediate drummers to really build vocabulary, creativity and depth as musicians.

Eliminating parts of the kit –

I remember being obsessed with the idea of having plenty of toms and cymbals like Terry Bozio and creating a massive orchestral show while playing. This perspective got flipped on its head when I had the opportunity to play Ranjit Barot’s massive studio drumkit, since I was so swamped by choices and possibilities that I had no idea what to hit and when. I would recommend trying to do practice routines with just a kick snare hat setup, and then eliminating or changing your elements so drastically that you’re forced to think unconventionally. I know people who put the snare drum where the high tom is, use the floor tom as a stand-in for the hi-hat, and replace all their cymbals with stacks. In order to think colourfully, it’s sometimes necessary to redefine your palette.

By far the most popular method of building vocabulary and improvisation skill, musicians sometimes really underestimate how powerful a tool this technique can be. I like to define this method under 5 broad categories; Subdivision, Rudiment, Orchestration, Dynamics and Time Signatures. As the names suggests, applying these restrictions during an improvisation or trade-off session makes for a very interesting push outside your comfort zone since you’re handicapped and can’t use your familiar arsenal of chops and rudiments. Restricting yourself to soloing only in eight-note triplets, applying only the six stroke roll and its inversions in fills, changing the orchestration of a single rudiment every bar, modulating the volume of each of your limbs, or playing in different time signature break-ups, this mindset makes for some of the best moments of creative epiphanies. Paraphrasing Gavin Harrison, if you’re asked to write an essay on any topic in the world, you’re probably going to be stumped by the possibilities.

This one’s stolen directly from one of Benny Greb’s drum camps that my friend had the privilege of attending. His method states that for 10 minutes, you improvise and solo using all your known and comfortable chops and skills. Then you try to do the same thing, except with the catch that you need to repeat every phrase you play, twice. This might not seem like an issue on the surface, but when you dig into your solo you realise how hard this can really be. What tends to happen when we get into a flow, is that our hands and muscle memory command what we express. We aren’t aware of what we’re saying through the instrument, but rather just rambling through our hands and feet. By forcing yourself to repeat every phrase you play, you’re cornered into paying extreme attention to every detailed note, subdivision and breakup that you would otherwise overlook and blaze through. You are required to compose music, rather than play chops. Most importantly, you’re given the opportunity to pace yourself and actually question the necessity and motivation behind playing what you’re playing, drastically
evolving your improvisation into more mature and meaningful expression. 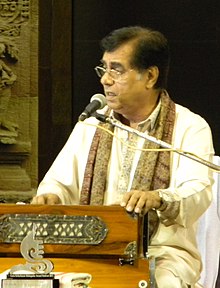