What defines the top 40s? Is it incomparable musical genius? Or incomparable musical marketing? Well, my guess tends towards the latter. Marketing within the music industry used to have a certain subtlety to it; it existed for sure, but never quite as explicitly as it does today. While it is prevalent within most genres of music, to varying extents, popular music seems to have taken it to a whole new level altogether!

Pop has grown to become even more exclusive in its focus on themes within its lyrical content. You’ve got the relatable, the we-are-cool-we-like-parties, the I-am-so-rich-look-at-me and the utterly braindead (Shawty is an Eenie Meenie Minie mo lover). Of course, sometimes you also have the exceptionally rare and arguably non-existent – heartfelt narrative of human experience. While not a lot of people pay much attention to lyrics of a song, this is changing. And this brings us to the highlight focus of this article – the exploitation of human insecurity.

Now in general, lyrics have largely seemed to alternate between being extremely relatable or absurdly unrelatable, ie. the i am so rich, variety. From the former you have some truly baffling hits of recent times, like the oddly specific “Little Things” by the former boyband One Direction. This is perhaps, one of the most obvious examples of exploiting teenage insecurity that I have ever seen, and incidentally what inspired me to write about it.

In my attempt to paraphrase these lyrics – you are really insecure a lot of things, but I love your greasy hair, your oddly shaped nose, that weird spot on your chin and your misshapen thighs, ANYWAY. The new age epitome of romance. Of course, I’ve exaggerated just a tiny bit, but in a nutshell – that’s how the song goes.

Now most songs are usually not as in your face as this one. On the other end of the spectrum you have songs that pride themselves on being painfully vague. “You’re beautiful. I have never seen you and you may be a mass murderer for all I know, but you are beautiful from within, don’t let the cops tell you otherwise”. Yes, I paraphrased again, but you get the gist. Now, if someone can genuinely draw confidence or develop a healthy self-esteem from hearing something like this – that’s great! Good for you.

However, I genuinely question if its lack of authenticity and the sheer vagueness is going to speak to anyone!
You’ve probably heard it all before, but allow me to reiterate. People used to look for artists to bare their soul to them and that’s what made songs stand out. It was the combination of heartfelt, poetic verses with music that made you feel things the words couldn’t. It allowed you to escape into the uniqueness of individual perception. You could relate to the sheer authenticity of it all; it felt like a personal experience.

Now you’ve got algorithms designed to put together popular “beats” and not so subliminal verses in a feeble attempt to trick your brain into liking a song. Lyrics are mere fillers if anything, set to a catchy tune that should last you a few hundred listens or until the next single comes out – whatever comes sooner. And that folks, is the essence of content marketing, or in this case – lyrical content marketing. How do marketers work? They have a set target audience, they analyse and figure out what they want to hear and then they say it. That is exactly what pop and hip hop have become. Every element of every song that has worked for a particular audience is recycled over and over again till everything sounds incredibly similar, but not the same, leaving you with the vague sense of familiarity and in some unfortunate cases, the most annoying earworms. Just throw in keywords like love, sex, money, part-ay and a couple of oohs, yeahs or Mr. World Wide for good measure, set it to the classic C G Am F chord structure, and voila, you’re in the top 40s! 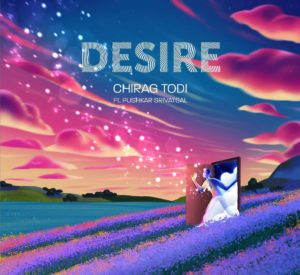 Chirag Todi’s first song has the maturity that usually comes after making music for a few years.  Not only does it feature blues-addled, funk-blistered guitars 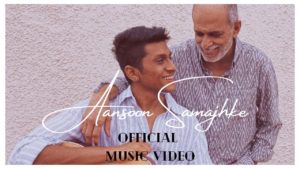 Amrit Ramnath is the son and disciple of the legendary Carnatic musician “Bombay” Jayashri Ramnath. Raised by a music legend, Amrit Ramnath was exposed to 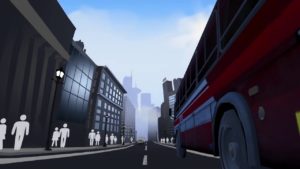 Mumbai alt-rockers Sparsh The Band joined forces with vocalistSiddharth Basrur for a positive-sounding soft rock song called Baadal.There’s something about the keys in the intro 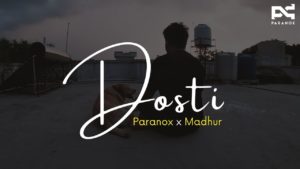 Paranox and Madhur Khandelwal’s Dosti has great potential to be a friendship anthem: Score Indie Reviews

Paranox produces a variety of trap and bass sounds and his latest discography includes a very optimistic and melodious track called Dosti. The title speaks 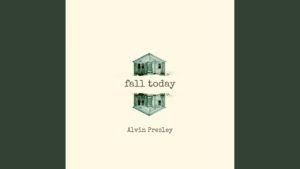 Alvin Presley’s Fall Today is an EP Worth Falling For: Score Indie Reviews

If you’re an aficionado of laidback, lazy acoustic tunes on love and lifethen Chennai-based songster Alvin Presley’s new four-track EP FallToday will make for a

DJ MojoJojo has been rapidly dropping one EDM banger after theanother, fusing various Indian music styles with his electronic beatdrops. Duniya is no exception to