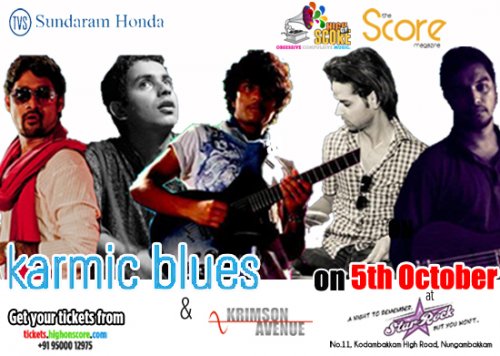 There comes a time when the melodic swing of 60’s Blues meets the immovable ideas of Carnatic music. Such a time witnessed the birth of Karmic Blues!!

Karmic Blues is a progressive Blues / Jazz band formed by guitarist Vishnu R, towards the end of 2009. The band has carved a niche for itself, for its diversity and virtuosity in incorporating Carnatic music into the existing Blues vibe. The band is notable for its technical approach to rhythms, and melodic phrasing. A project that began as a 3 piece band looking to break the cliché of rock and roll, and bring to the youngsters nuances of Indian music and jazz in a way that is more appreciable by them, has collaborated globally with some of the biggest names in Modern Jazz. Come, experience the freshest of sounds yet!

Prithvi Chandrasekhar, a Berklee exponent and the proprietor of Krimson Avenue Studios, is a talented pianist and brings with him a variety of influences with a strong grounding in western classical music.

Vandana Srinivasan made her foray into the music scene early last year after graduating from the LSE, London. She is a trained vocalist and a playback singer drawing from the Indian traditions of Hindustani and Carnatic music.

Krimson Blend is a two piece outfit formed by Prithvi and Vandana. As a duo, their forte lies in Acoustic music.

How to PUT IT for Karmic Blues and Krimson Blend:

Buy your tickets online and get a 10% discount : http://tickets.highonscore.com 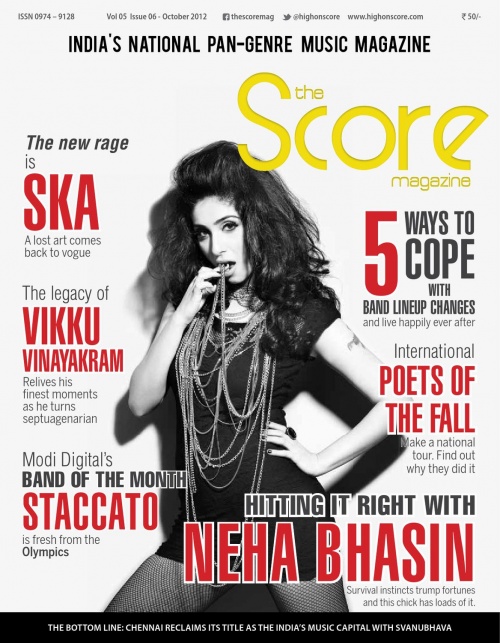 Band of the Month: One Plate Idli

Let’s start with the cliched question of how the name One Plate Idli came about. GO→

Cyrus Gorimar: On his upcoming concert with Dream Theater and more.

Cyrus Gorimar, the founder and drummer of the band Blue Blood, is the brain behind GO→