India is home to some incredibly talented musicians, but while more often than not most of these go unnoticed without the recognition and appreciation they deserve, a few do happen to leave their mark in international music. Some of the most the bigger, more obvious names include Freddie Mercury of Queen who spent a pretty big part of his life here in India, Geethali Norah Jones Shankar or just – Norah Jones, daughter to Ravi Shankar. But it doesn’t quite stop there. There are so many incredible indie and hard rock bands out there whose members have their roots down here in India.

Cornershop’s Tjinder Singh (songwriter, lead vocals, guitar) – Tjinder Singh happens to be among the co- founders of this popular British – indie group, whose line-up also included Tjinder’s brother on the guitar. The band is credited with featuring on Rolling Stone’s – Essential Recordings of the 90’s and topping Spin’s Top 20 albums of the year. Their songs often were accompanied by a sitar or a dholk and their name itself was allegedly derived from a strange British belief that all Indians ran corner shop groceries. The band constantly changed its sound eventually collaborating with Punjabi singer – Bubbley Kaur to create their eight record – Urban Turban.

Soundgarden’s Kerela descended Kim Thayil started off his career with the band “Zippy and his Vast Army of Pinheads” (now isn’t that a BRILLIANT name?), and eventually went on to contribute to hard rock history as a part of Soundgarden with three platinum albums, two Grammies and a spot for himself on Rolling Stones’ “Top 100 Guitarists of All Time”. Later on after the unfortunate break up, he went on to contribute to “Pigeonhead”, “The President of the United States of America” (just the band) as well as David Grohl’s “Probot”, and eventually formed his own punk band called the “No WTO Combo” alongside Dead Kennedys’ Jello Biafra and Nirvana’s Krist Novoselic.

Ian D’sa came across his soon to be fellow band mates at a high school talent show. The band was originally titled “Pezz” which they later turned into what we now know as Billy Talent, inspired by a book by Michael Turner. In addition to being the band’s lead guitarist, Ian also co-produced their second album and created the artwork and design for the covers as well. He co-directed the video for “Fallen Leaves”, for which went on to win the awards for best video and best rock video in 2007 at the Much Music Awards. In 2017, he was nominated for producer of the year in appreciation of his work on “Afraid of Heights” at the Juno awards.

These are just three of the many international musicians with an Indian past. Sameer Battacharya of Flyleaf, Siddharta Khosla of Goldspot, Ramesh Srivastava of Voxtrot, Mallika Sundharamurty of Abnormality and Parasitic Extripation are few others that you could look into, if you’d like to get a better sense of the picture.

You could argue that they’re not REALLY Indian, and how does any of this matter anyway? Well, I’d agree, for the most part, they were born and brought up in a different country or in some cases countries altogether, but they do have their Indian roots. This matters because it serves as a reminder for the people who doubt that environment and cultural differences in a given demographic play an important role in an artist’s struggle to the big leagues. Bollywood would suffer a quick death in Norway, the same as black metal would in Papua New Guinea (I checked!). There isn’t a lack of talented Indian musicians, but there is definitely the absence of an environment for it to thrive in. 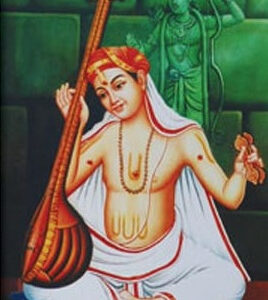