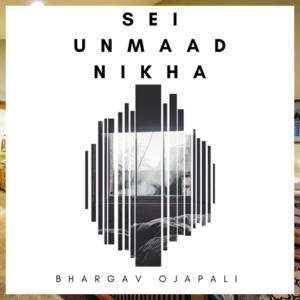 Difference, if accepted, is a source of strength. It compels us to expand the limits of our knowledge and makes the world bearable. On good days, it makes the world joyous. But then I hear an Assamese electro-pop song and I lose out on much because the words are alien to me. The loss is felt deeply, since this breed of music is not often listed amidst Youtube recommendations.

The music is as it should be, catchy and well on its way to becoming an earworm. But a look at the lyrics, even by one ignorant of the language, reveals that its about life in Assam. Quaint imagery of familiar places appear, accompanied by notions of music in the middle of the night. It is possible that inhabitants of Assam will find their lives reflected in the track. Ojapali takes his intimate acquaintance with Assamese folk and turns the art of telling intimate stories into a fun, replayable electronic thingamabob. More so, it relieves electronica of its ostensible disinterest in real human life (and I am only talking about its popular image) and uses the genre to tell a story that is personal, particular and capable of evoking warmth. 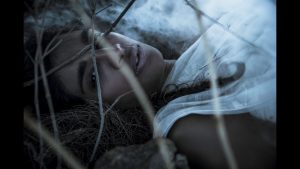 A good music video is both art and weapon. It provides space for the musicians to extend their vision and clarify (or obfuscate, depending on the the artist) the story. NUKA takes every advantage of the visual tools at her disposal to create a narrative of blaring relevance. The question is of connection.

The video portrays humans with nature. But unlike the human vs. nature opposition that has loomed large since the Industrial Revolution (all our fault), the story being told is one of alignment. Humans looks to the earth, the sea, trees, fire, thorns and butterflies for wisdom, guidance and connection. Nature reflects to us our own story. We perpetrate devastation, both within and outside ourselves. Nature falls prey to us, and shows us our own death. However, NUKA portrays a understanding with nature, and calls for abandoning whatever fear drives us to hurt the earth.

Musically, the track is peppered with electronic elements. A techno drone fuzzes the background, while more active melodies slither around abrupt words steeped in meaning. Contrast is a pervading theme. Electronic tones are rarely accompanied by images of expansive beaches and ashes that accompany the last rites. Short, staccato phrases usually tend not to convey such quick meaning (unless you like your haiku). NUKA accomplishes both. 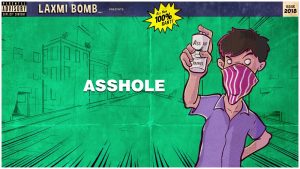 While I’ve already reviewed the album, the song required standalone commentary, especially by virtue of the accompanying music video. Laxmi Bomb’s disdain for propriety (read: hypocrisy) is well-documented. In Asshole, they double down on the rage. They break out the war-paint, throw out psychedelic frames and uncover primal motions to get the message through. The point is to underline how, when you turn people upside down, they turn out to be assholes. The video has people being frantic, lost and approaching bliss. It sounds contradictory, but think of the whole thing as being inside the mind of a despairing 24 year old who found Ecstasy by mistake.

On the first watch, the video is overwhelming. Heavy lights cave in on dark hallways with neon winks. The band steps out in fluorescent, almost shamanic guises. They embody “weird” with absurd gestures and borderline-terrifying contortions. Think low-budget Enter the Void.

On a second watch, the faces become meditative. You can choose to surrender to the vocal drone, and giggle rather than recoil when the otherworldly grimaces and smiles attack. You move from being aghast to a measure of acceptance, or at least I did. In my mind, while the song suggests that people are frequently assholes, the video lets you laugh at them.

Lest we forget, laughter is the a powerful reaction. To quote Sandi Thom, “Smile…It Confuses People.”