“Music is a theme,

That peps up every heart,

Irrespective of the nature and mood,

It is the best and favourite pass time of every human,

Regardless of age, religion, area,

It is boundless and leaves behind,

Nature has gifted us with light and sound. Any living being understands the meaning of sounds and when words are added onto it, along with a definite rhythm it becomes a song. Music has no language and is understood by every spec of life on this universe. There are many musical instruments which produce soothing sounds namely piano, guitar, drums which are common. Melodica is an uncommon musical instrument available in plastic, wooden and other materials. There is a pipe to blow air like in harmonica and play the keyboard like the piano and hence has a keyboard, mouthpiece and a chamber for air. It can be used by children as well as adults. One uses two hands to play this instrument. At some places of the world wind is blown through pipe and the two hands are used to play the piano.

There are many types of melodica namely Soprano and Alto, Tenor and Bass melodicas. Soprano and Alto have high pitch and sound thin. They are played with left hand using black notes and right hand using white notes. Tenor are low pitched and in this the left hand is used to hold the bottom while the right hand plays the keyboard. Brass melodicas are uncommonly used. There are about forty-four keys and can be acoustic or electric type. The approximate cost of melodica varies from one thousand to five thousand rupees. Some of the players of the instrument in the world include Donald Fagen, Jon Batiste, Augustus Pablo, Damon Albarn, Mike Patton etc. The instrument is very popular in Japan and many other Asian countries.

It covers two or three octaves and may be light, small or portable in nature. It may have twenty-four, thirty-two, thirty-seven or forty-four keys. It was first invented in 1950s by Hohner.Similar instruments have existed in countries like Italy during the nineteenth Century. Melodica has some advantages namely it is light, portable, easy to learn and can be used in orchestra thereby making it popular among the younger lot for Jazz and pop music. Various bands like Oasis, Red Hot Chilli Peppers etc. have used it. Some songs Strawberry fields forever, Everything counts, Midnight Cowboy etc. have used the music of melodica and these songs have been recognized as classics.

The maintenance of melodica is simple. The moisture that gets collected from air pipe needs to be cleaned every time it is used. It is easy to exchange the reed plates also after they have been used up. It also needs a little bit of tuning after fitting them. The mechanism of cleaning is also simple. We just need to remove the screws of mouthpiece. In case it is of plastic we can wash it else blow it to remove the excess dust out of it. To conclude it is a very popular instrument for use at various musical bands. 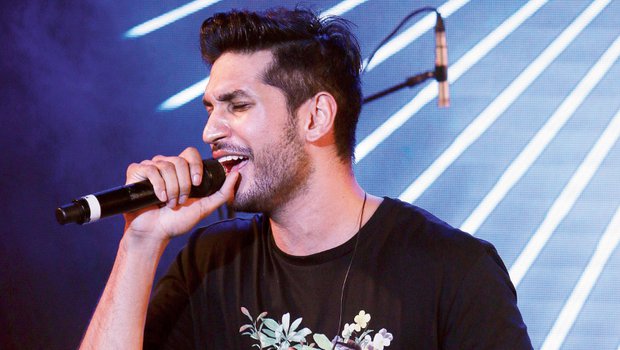 6 Sensational YouTube singers who are singing for Bollywood Homepage Featured